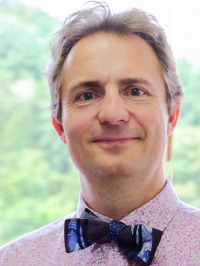 Raised and educated in England, I have lived and taught in Japan since 1998, with short stays in both China and Australia during that time. Although I had originally planned to only spend one or two years in Japan, my unending fascination with this infinitely multi-layered culture, as well as my growing affinity with its people, have led me to settle down here. Having obtained my Master's degree in Applied Linguistics in 2004, from Macquarie University (Sydney), I have since taught in universities in Chiba, Hiroshima, and Yamanashi, before arriving at Senshu. My research interests lie in second language learning and teaching, and mainly in language learning motivation and language learner/user identity. In my zemi we explore these two focuses through an English-through-Drama approach, viewing language learning and drama as interconnected, not just in terms of language use, but more significantly via identity, purpose, and action, and how these aspects are continuously shaped through interaction with other 'characters' and within the constraints and affordances of the 'setting'.